At least three civilians were killed in the latest shelling of Nagorno-Karabakh cities Friday as Azerbaijan pushed its offensive to reclaim control over the separatist territory for a sixth straight week, territorial authorities said.

Azerbaijani rockets and artillery shells hit residential areas in Nagorno-Karabakh’s regional capital, Stepanakert, and the city of Shushi in the hills just south, according to Nagorno-Karabakh authorities. They said at least three people died, including a woman and her two grandchildren in Stepanakert.

Azerbaijan’s Defense Ministry denied targeting civilian areas, as it has on previous days of fighting, and accused Armenia of targeting the city of Terter and nearby villages in Azerbaijan, The Associated Press reported.

Nagorno-Karabakh lies within Azerbaijan but has been under the control of ethnic Armenian forces backed by Armenia since a war there ended in 1994. The latest outbreak of fighting started on Sept. 27 and has left hundreds — if not thousands — dead, marking the worst escalation of the decades-old conflict between the two ex-Soviet nations in over a quarter-century.

According to Nagorno-Karabakh officials, 1,177 of their troops and 50 civilians have been killed. Azerbaijani authorities haven’t disclosed their military losses, but say the fighting has killed at least 92 civilians and wounded over 400. But Russian President Vladimir Putin said on Oct. 22 that the actual death toll was nearing 5,000, according to the information Moscow had at the time.

Over 130,000 residents have been displaced since the fighting flared up, the UN children’s agency UNICEF has reported.

The fighting has continued to rage despite international attempts to end hostilities, with two Russia-brokered cease-fires and a US-negotiated truce failing instantly after they took effect.

In the most recent mediation attempt a week ago, Russia, the US and France persuaded Armenia and Azerbaijan to make a mutual pledge not to target residential areas, but that agreement also collapsed within hours. 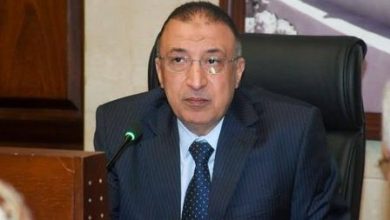